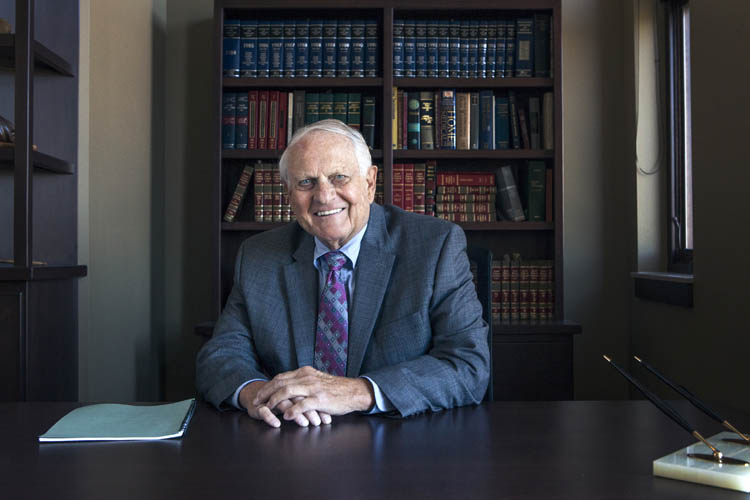 James S. Nelson has been practicing law since 1959. He has been with the firm of Gunderson, Palmer, Nelson & Ashmore, LLP since 1988, and practices in the areas of Civil Litigation, Corporate and Business Litigation, Personal Injury, Insurance Defense, Business Transactions, Real Estate, and Gaming Law.

Jim earned his B.S. degree at Black Hills State University and received his J.D. from the University of South Dakota. After law school, Jim served three years in the United States Army as a Captain in the JAG Corps.

Jim is also active in the local community where he is currently President of The Mount Rushmore Institute serves on the Board of Directors of the Hope Center and has served on the Board of Directors of the Mount Rushmore National Memorial Society and was President of the Society from 1999-2005. He has served on various Boards of Director's for-profit and nonprofit corporations, including insurance companies and the Federal Home Loan Bank of Des Moines, and was past President of the Rushmore Mutual Life Insurance Company and Mt. Rushmore Casualty Company.