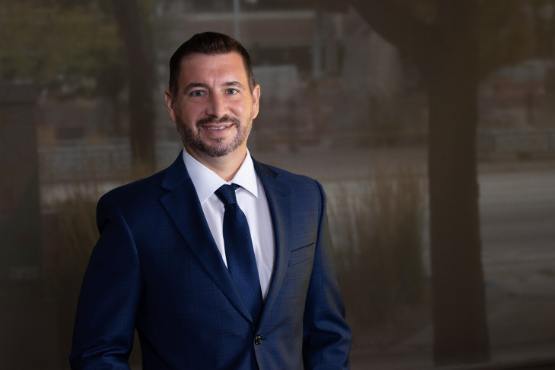 Richard grew up in Sturgis, South Dakota, and received a bachelor’s degree from South Dakota State University in 1997.  He graduated from the University of South Dakota School of Law in 2000 as Juris Doctor.  From 2000 to 2001 he served as a Law Clerk for the Second Judicial Circuit in Minnehaha County, South Dakota.  After serving as a Law Clerk, Richard began working with the South Dakota Office of Attorney General as an Assistant Attorney General where he started in the Appellate Division.  He later worked as a prosecutor for the drug unit until he became the Medicaid Fraud Control Unit’s Director in 2003.  In 2006, he moved to the Attorney General’s Civil Division where he handled all matters of civil litigation in both State and Federal Court.  In 2015, Richard became a Deputy Attorney General and the Chief of the Civil Litigation Division.  While practicing with the Office of Attorney General, he successfully argued cases in the South Dakota Supreme Court, the United States Court of Appeals for the Eighth Circuit, and was integral in South Dakota v. Wayfair, South Dakota’s landmark internet tax case argued in the United States Supreme Court.  Richard began practicing at Gunderson, Palmer, Nelson & Ashmore, LLP law firm in September 2019.

The implementation of Amendment A and IM 26 will involve legislation at both the state and local level.  Although full implementation of the measures will not occur right away, it is important for stakeholders to get involved now.  The laws and regulations that will affect South Dakota’s cannabis industry will be crafted in the upcoming legislative sessions.  Your input now can help to influence the direction of this legislation and shape South Dakota’s medical and adult use cannabis industries.  Please feel free to contact Gunderson, Palmer, Nelson & Ashmore LLP to see how we can help you plan for the future.