Employment Law Attorney Donald P. Knudsen writes the article "Ignoring Discrimination Complaints Can Be Extremely Costly." The article discusses an incident where an employee in eastern Arkansas suffered racial discrimination and racially-motivated abuse at the hands of his direct supervisor over a period of four years. Despite numerous complaints to the manager and the company president, the employer failed to conduct a meaningful investigation and ultimately fired the employee.

An employee in eastern Arkansas suffered racial discrimination and racially-motivated abuse at the hands of his direct supervisor over a period of four years. Despite numerous complaints to the manager and the company president, the employer failed to conduct a meaningful investigation and ultimately fired the employee. The employer’s indifference to the employee’s complaints resulted in a jury verdict in excess of $330,000. Read on to learn how that result could have been avoided.

Adrian Bryant worked for Jeffrey Sand as a deck hand on a barge that dredged sand from the Arkansas River. He was the only black employee who worked on the barge.

The evidence at trial revealed that Skaggs, Bryant’s direct supervisor, engaged in a pattern of racially-motivated abuse. The abuse included racial slurs, assigning more difficult tasks to Bryant than white employees, and taunting Bryant in an effort to get Bryant to fight with him.

The employer had no anti-discrimination policy. Furthermore, despite Bryant’s complaints and the corroborating information provided by a co-worker, the company provided no meaningful response: the company did nothing that could be accurately described as an investigation; the company never interviewed Bryant himself; the company never took disciplinary action against Skaggs; Skaggs’ discriminatory behavior continued throughout Bryant’s employment; and, after it completed its so-called “investigation,” it terminated Bryant’s employment.

The judge dismissed the retaliation claim for unknown reasons, but the racial- discrimination claim proceeded to trial.

At the conclusion of the trial, the jury found in Bryant’s favor. The jury awarded $1.00 as compensation; however, it awarded $250,000 as punitive damages(2). In addition, the court awarded $65,000 for Bryant’s attorney’s fees and another $1,000 for Bryant’s expenses incurred during the lawsuit. Jeffrey Sand appealed to the Eighth Circuit Court of Appeals.

On appeal, employer argued that there was not sufficient evidence to warrant submitting the issue of punitive damages to the jury. The court noted evidence that there were repeated complaints but the employer never once interviewed Bryant himself. They noted that Skaggs was never disciplined despite the fact that a co-worker corroborated Bryant’s complaints. The company had not adopted a non-discrimination policy. Those and other facts indicated the employer had demonstrated reckless indifference to Bryant’s rights which justified submission of the punitive damages claim to the jury.

The employer also argued that some of the evidence of racial discrimination should not have been presented to the jury because the events had occurred beyond the statutory time limitation for bringing suit. The court noted that these types of claims are covered by the “continuing violation rule.” Under that rule, if one act occurs within the time limitation period, then the plaintiff may recover for all acts that made up the hostile work environment even if they occurred prior to the time limitation.

Employer complained that the punitive damages award was disproportionate to the amount of compensatory damages which the jury awarded. The court agreed that the amounts were disproportionate; however, proportionality does not immediately render the amount of the award invalid. The court noted that the jury may have had difficulty determining how much money was appropriate to compensate Bryant but was very capable of determining how much money was necessary to punish Jeffrey Sand.

And the court found that the amount of attorney’s fees awarded by the court to Bryant’s attorneys was reasonable.

These steps are not expensive and they are very simple to implement. Failure to do so can lead to financially devastating consequences.

If you need assistance drafting appropriate employment policies for your business, conducting investigations into employee complaints, or defending your business if a charge or lawsuit is filed, please don’t hesitate to contact me.

2 Punitive damages, sometimes referred to as exemplary damages, do not compensate the victim for any injuries. Instead, they are intended to punish the wrongdoer and make an example out of the wrongdoer as a means of deterring others from engaging in the same type of behavior. 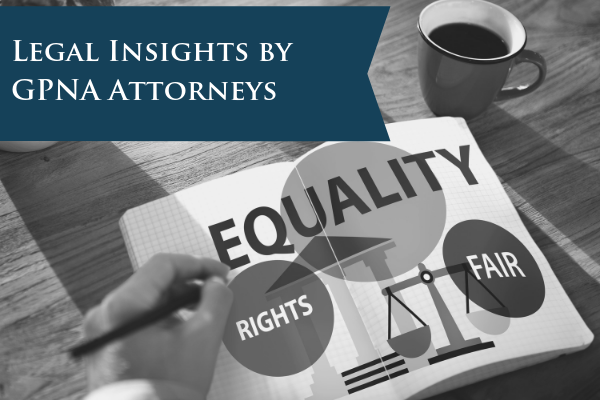