We are excited to welcome our three newest attorneys, Matthew E. Naasz, Christopher A. Christianson, and Ryan C. Sutton. They each bring a wealth of knowledge and dedication to our legal team. Meet our new attorneys below!

We are excited to welcome our three newest attorneys, Matthew E. Naasz, Christopher A. Christianson, and Ryan C. Sutton. They each bring a wealth of knowledge and dedication to our legal team. Meet our new attorneys below!

Matthew E. Naasz grew up in Aberdeen, South Dakota, and developed in an interest in the law at a young age. Once he graduated from high school, Matthew spent the next four years in the United States Army. After finishing his military career in 1998, Matthew attended undergraduate studies at Northern State University and received a Bachelors in English. With a writing background, Matthew was able to excel in Law School, serving as the Copy Editor of Law Review and graduating a Sterling Honor graduate.

Matthew came to Gunderson, Palmer, Nelson & Ashmore, LLP after graduating in 2006 from Law School at the University of South Dakota in Vermillion. Nearly four years later, he accepted the opportunity to work as a Staff Attorney for the South Dakota Supreme Court. In January 2013, Matthew went to work as an Assistant Attorney General in Pierre. There he worked in the Appellate Division and wrote for the Supreme Court, eventually moving into civil litigation – specializing in tax litigation, water resources law, environmental issues, and civil rights. Now Matthew and his family have ventured back to Rapid City, a place they are happy to call home.

Although Matthew’s experience is vast – specializing in Civil Litigation, Commercial Litigation, Insurance Defense, Administrative Law, and Environmental Law – he maintains focus with an impressive work ethic. Matthew’s maturity as an associate and knowledge of administrative process are valuable to the GPNA team.

Christopher A. Christianson grew up in Plymouth, Wisconsin and moved to Rapid City in 2000. After graduating from Steven’s High School in 2003, he attended the University of Minnesota. In 2007, he earned a Bachelor’s degree in Political Science and History. Christopher returned to South Dakota in 2009 to attend law school. While in law school, Christopher interned at the Pennington County States Attorney’s office and studied comparative law in China. He graduated from the University of South Dakota School of Law in 2012.

Christopher has been licensed in the state of South Dakota since 2013 and has focused his practice on litigation, business, and real estate law. Prior to practicing law, Christopher was active in his family’s business, which involves hotel operations and development. Chris is an active member of the Pennington County Bar Association, Young Professionals Group of Rapid City and is a Member of Leadership Rapid City, class of 2015. Chris was recently recognized as the 2018 Outstanding Young Lawyer of the Year by the Pennington County Bar Association.

Outside of work, Christopher enjoys hiking, biking, reading, and traveling when he has the opportunity to do so.

Ryan C. Sutton grew up in Flandreau South Dakota, where his natural curiosity and ability to think critically led him to pursue a Juris Doctor in Law. After completing a Bachelors of Arts in History and a minor in Business Administration at Augustana in 2013, Ryan went on to the University of South Dakota.

During law school, Ryan was active in many organizations serving as a member of the Alternative Dispute Resolution Board, USD Sports Law Society Board, and the Delta Theta Phi Executive Board. Participation on these boards allowed Ryan to volunteer with, and raise funds for, the United Way of Vermillion. He graduated with honors in 2016 and was selected as a law clerk for the Seventh Judicial Circuit in Rapid City.

Ryan’s move to the western half of the state was a welcome one. The community culture and natural beauty of the Black Hills make him feel at home.  An active member of the Knights of Columbus and a volunteer for Junior Achievement of South Dakota, Ryan’s interest in community involvement has remained intact since his time in Vermillion. Ryan is also professionally engaged as member of the South Dakota and American Bar Associations and he is licensed to practice law in South Dakota’s state and federal courts. 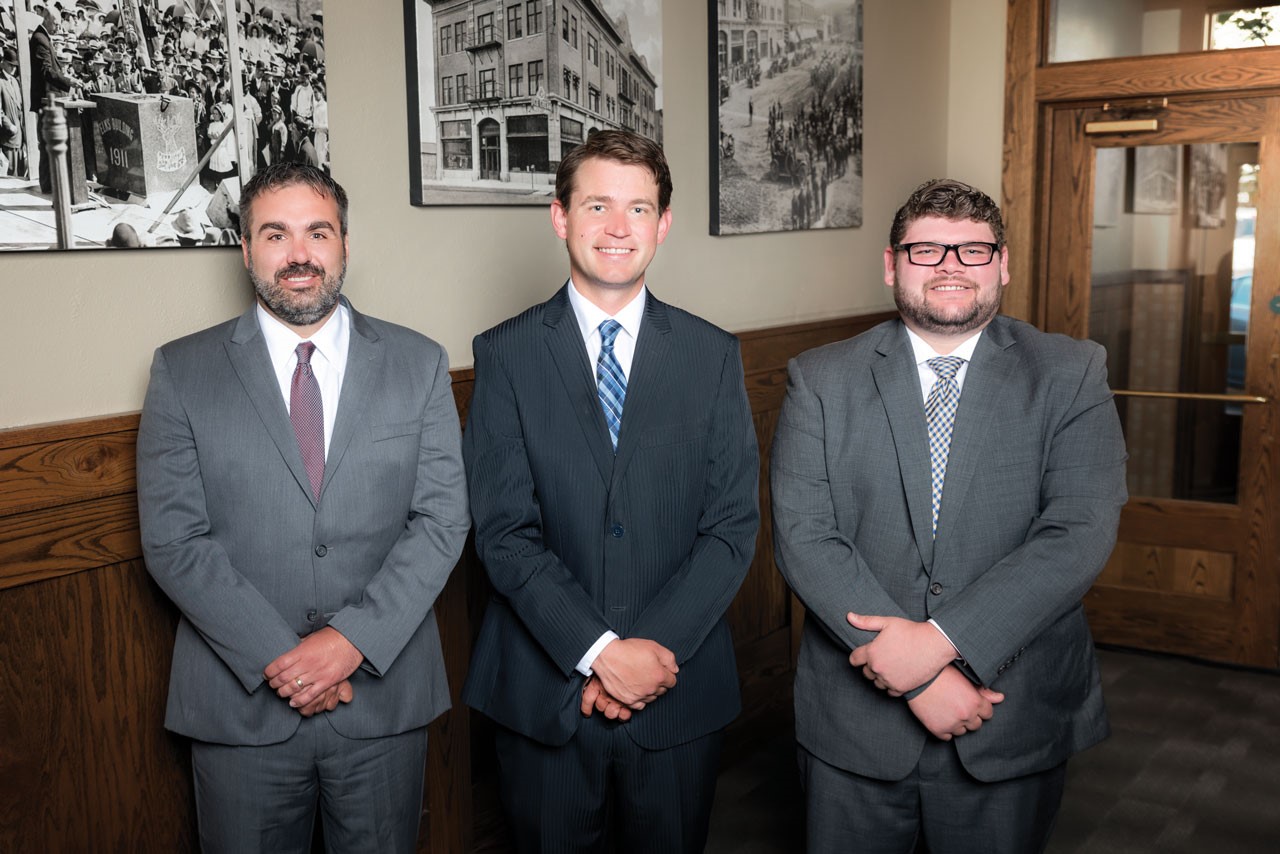 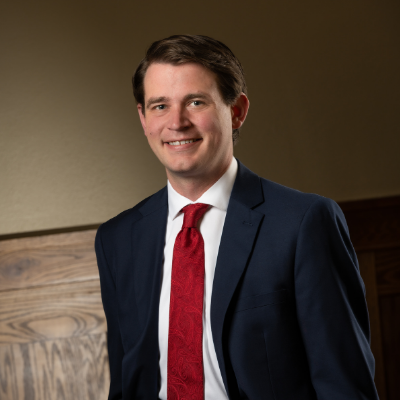 Chris has been licensed in the state of South Dakota since 2013 and has focused his practice on litigation, business, and real estate law. Prior to practicing law, Chris was active in his family’s business, which involves hotel operations and development. 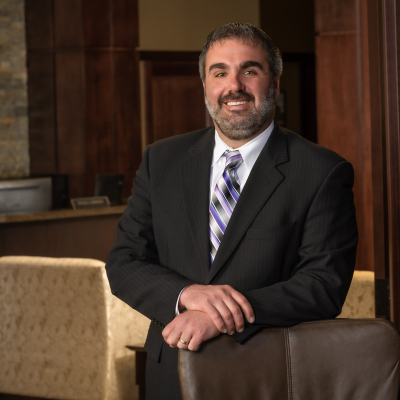