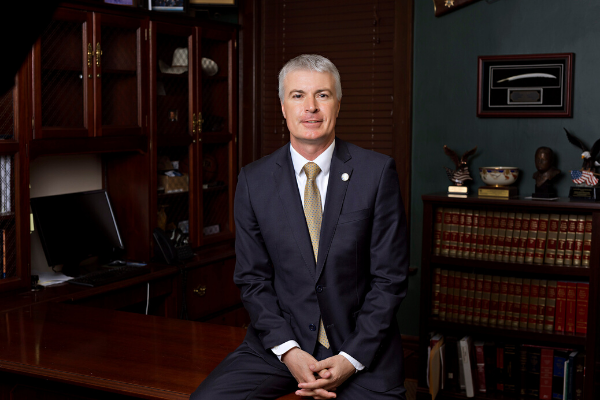 Marty has served as South Dakota’s Attorney General, United States Attorney for South Dakota, and Chairman of the Nation’s Attorneys General.  As a partner, he specializes in complex business and litigation issues, engineering and construction disputes, agricultural and governmental law.

Marty served as a law clerk for former Chief Judge Richard H. Battey in federal district court and then became a partner of the Gunderson Palmer law firm.

In 2018, Marty successfully argued before the Supreme Court of the United States in South Dakota v. Wayfair, providing Main Street businesses across South Dakota and the nation a level business playing field.  He has extensive trial and appellate experience in state and federal courts having personally tried capital murder cases, a no body homicide, the 1975 murder of Annie Mae Aquash and public corruption cases.

In January 2019, after serving as Attorney General and US Attorney, Marty returned to Gunderson Palmer law firm as a partner opening up the Pierre branch office by the State Capitol.

Our attorneys have a long history of representing farmers and ranchers and other agriculture-related companies in all areas of law affecting the agriculture industry.

Trusts are important for clients with varying levels of wealth, asset types, and family circumstances.