Accommodating Religious Practices in the Workplace 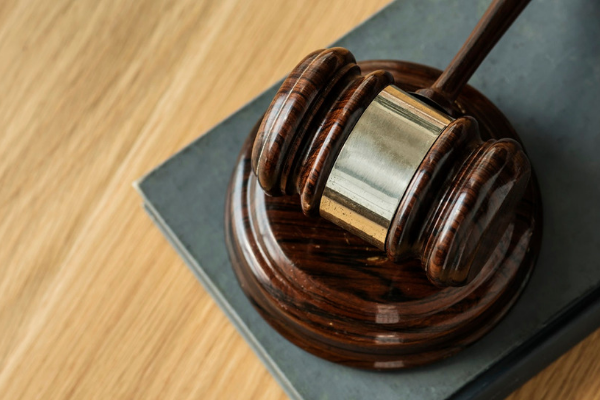 Title VII of the Civil Rights Act of 1964 makes it unlawful for an employer to fail or refuse to hire or to discharge any individual “because of such individual’s . . . religion.”  An issue decided in a recent opinion was whether an employer violated Title VII when it refused to hire an applicant whose religious practices prohibited her from working the position’s scheduled hours.

On November 13, 2018, the United States Court of Appeals for the Eighth Circuit issued its opinion in EEOC v. North Memorial Healthcare, No. 17-2926. North Memorial Healthcare is a healthcare provider that operates a Level One Trauma Center and provides an extensive range of healthcare services.  As a means of recruiting employees, North Memorial designed a program known as the Advanced Beginner Program.  That program was designed to attract nurses who had been previously primarily employed in long-term care and home care settings, and to provide them with intensive training to qualify them to work in an acute care setting.

Ms. Sure-Ondara (“Ondara”) is a Seventh-Day Adventist.  She was encouraged by North Memorial to apply for its Advanced Beginner Program.

Ondara applied.  In the course of the interview process, she was made aware that North Memorial had a collective bargaining agreement with a nurses union.  That agreement required all nurses to work Friday and Saturday evenings every other week.  Despite this knowledge, Ondara did not inform North Memorial that her religious beliefs prohibited her from working from sundown on Friday to sundown on Saturday.

Following the interview process, North Memorial extended a conditional offer of employment to Ondara.  The cover letter accompanying the offer stated:  “You will be scheduled to work 8-hour night shifts, including every other weekend.”  When Ondara went to the hospital to complete pre-employment paperwork, she disclosed for the first time that she needed to be accommodated because of her religious beliefs and that she could not work Friday evenings.

North Memorial advised Ondara that the union agreement required work every other weekend, and if she was unable to do so, the position might be offered to a different candidate. Ondara responded that she wanted the job and that she could “make it work” by finding a substitute for her Friday night shifts, or she herself would come in if it was a life-or-death situation.

After considering the situation, North Memorial decided to withdraw the conditional offer of employment.

Ondara filed a Charge of Discrimination with the EEOC.  She alleged that North Memorial had discriminated against her because of her religious practices.  She also alleged that North Memorial had retaliated against her for requesting accommodation of her religious practices by withdrawing the offer of employment.

The EEOC investigated and determined that there was reasonable cause to believe Ondara’s Title VII rights had been violated.

The EEOC filed a lawsuit against North Memorial.  However, the EEOC’s Complaint did not include a discrimination claim; rather, it was limited to Ondara’s retaliation claim.  The district court dismissed the EEOC’s lawsuit.  It found that North Memorial had not violated Title VII because it did not discriminate against Ondara because she had opposed any unlawful employment practices (i.e., it had not retaliated against her for asserting her Title VII religious practices rights).  The EEOC appealed to the Eighth Circuit Court of Appeals.

The Eighth Circuit agreed with the district court and affirmed.

The Eighth Circuit noted that North Memorial had not refused to accommodate Ondara’s religious practices; rather, it considered her request and determined that accommodating her request would impose an undue hardship on North Memorial.  Primarily, that was due to the union agreement which required Ondara to work the scheduled hours.  Refusing to accommodate religious practices under circumstances where doing so would impose an undue hardship is not an unlawful employment practice.  Therefore, there could be no retaliation claim under Title VII. The EEOC’s only claim under Title VII would be one for religious discrimination and the EEOC’s Complaint had not included a discrimination claim, so the entire case was dismissed.

North Memorial prevailed in this case because it did not have a strict policy whereby it refused to accommodate applicants’ and employees’ religious practices.  Rather, the policy was that religious practices would be accommodated so long as doing so did not impose an undue hardship on the employer.  That is not an unlawful employment practice.

If you need assistance with drafting proper employment policies or other employment-related issues, please do not hesitate to call our firm at (605) 342-1078.